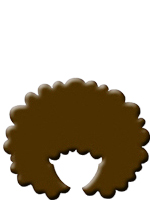 I sometimes wonder who I would have been had I grown up in Tanzania. Would I have been very different to who I became, or would I still essentially have turned into the same person? I guess I’ll never know. What I do know for sure is that all the days of my life were planned in advance by my Creator.

Our family relocating overseas was part of God’s plan for us. It was not (as my father would later say to me), a mistake. It wasn’t ‘Plan B’. Australia was exactly where God wanted me to grow up.

The stress and pressures of life however can create cracks. Cracks that allow things in…or out. When I reflect on the years I’m calling my ‘Chapter 2’ (8-14 years), it’s there that I see the first cracks beginning to form in my life.

It’s impossible to share all the various incidents that caused the cracks…but here are a few to give you a brief picture.

My parent’s plan was to live in Australia for 3 years while my father did some studies, then we would return home. The location of his studies was in Sydney, where 2 of my mother’s sisters also lived. This meant we’d have a chance to get to know our extended family while there – bonus! Soon after our arrival however, my parents discovered that there had been some mistake in the enrolment process and that my father was unable to begin the studies that had brought us to Australia. He would have to wait at least another year before he would be able to re-enrol.

So there we were…we’d packed up our whole life in one country to start anew in another…and it was not turning out how my parents had envisioned.

When we first arrived, we lived with my aunt and uncle for a while as my parents tried to sort out what to do next. My aunt and uncle have been blessed with a lot of wealth. And while they clearly enjoy many of the comforts of life, they are also amongst the most generous people I know. They give, no strings attached. They love and value family. They’re fun. And they’re a bit crazy (in a very endearing way).

However, they are not Christians. Which posed a problem for my family. Or at least for my parents. More specifically, my father.

After the heavily ‘Christian environment’ I had come from, I stepped into a home where they didn’t pray before meals, didn’t attend Church, sometimes used profanities, watched TV, and listened to ‘worldly’ music. Needless to say, my father didn’t approve of the godless life my relatives lived. But at the same time, he was beholden to them as they had taken us in. Even at that young age, I sensed the tension and discomfit that my father tried to hide while in their house. He was not the same man he had been back home.

While living with my relatives, I was enrolled in a local public school, (not where my cousins attended as they were in private schools) and in that all white, exclusive suburb, I simply didn’t fit in. I was the strange poor child from Africa. An outsider. And every day at school I was made to feel it. Thankfully I wasn’t at that school for a long time. But still, it was long enough to feel the sting of rejection.

Eventually my father was given a position as an assistant Minister in a small parish in another suburb and we moved into our own place. Life settled into a new (somewhat peaceful ) routine. I was oblivious to any of the issues and pressures my parents faced in their own marriage back then (something I can understand now married myself and knowing how much work is needed to make a marriage ‘work’ through the tough seasons!). A new brother arrived in my 8th year, completing our little family. I was happy in my new school. I was finding my place in this new country.

Then 2 1/2 years later (by now my father had given up on his plans of further studies and not enrolled in the course that originally brought us to Australia) we were moving again. Interstate, into Queensland. That meant restarting the whole friendship making process *sigh*

My introduction to my new school in QLD was certainly memorable!! It was the start of the final term of the school year, and in my first week there I was given a notice to take home about the coming events for that term, the main item being the end of year performance. Our year level was doing choreographed dances to various songs, and the song chosen for our class was the theme song from the movie Ghostbusters.

Although my mother had never seen the movie (neither had I), she had concerns about my taking part in the activity because 1) it was from a movie about ghosts and 2) it was ‘worldly rock music’. Both were reason enough for her to ban the activity because it fell under the ‘things we don’t do as Christians’ list. She wrote a letter to my teacher about why she wouldn’t allow me to participate. I was humiliated! I had no choice but to give the letter to my teacher, but I really didn’t want to!! I thought about throwing the letter away and just doing the rehearsals anyway, but I knew there was no way I’d get away with it. The teacher read the note, she gave me a sympathetic smile, and allowed me to sit outside the classroom during rehearsals. My family didn’t attend the end of year performance.

The clothing thing was quite a big deal for me. I often felt out of place in the clothing I was given to wear. It wasn’t that the clothing I had was terrible…it’s just that I wanted to wear ‘cool clothes’, like my friends and cousins. In my new school in QLD, I also had to deal with a school uniform issue.

My mother refused to buy me the school shirt or jumper because of the logo on it – a snake. So although I could wear the dress, when it came to the sports top and jumper, I had a plain white t-shirt and a plain green jumper instead. Being a state school, the uniform policy was pretty lax. I wasn’t the only student not in correct uniform and so I didn’t stick out as looking odd for not wearing the uniform. What upset me was what I perceived as double standards. I couldn’t understand why I was allowed to read C.S.Lewis’ Narnia Chronicles with all the strange mythical and evil creatures it featured, yet I wasn’t allowed to wear a shirt with a snake on it. I refused to accept the argument that Lewis was a Christian and therefore his books were ok to read, but because a snake tempted Eve to sin it wasn’t an image a Christian should wear on their person. The argument seemed faulty to me. I was angry about this rule.

I began to feel increasingly self-conscious about my family and uncomfortable about Church. Or perhaps I should say embarrassed. Ok, well perhaps not Church itself…that was just a building that we went to on a Sunday. It was my father. I was embarrassed about my father and his job. I didn’t want my father to be a minister. I wanted him to be like all the other dads…“normal”. To me a normal dad went off to work in the morning and came home at night. He didn’t sit around ‘doing nothing but write sermons and translate the Bible’ all day (after his study plans didn’t pan out, my father had started working on translating the Bible into his tribal language). I didn’t like my father’s job. I wished he could be like all the other dads and have a “real job”.

I wanted our home to be like other people’s homes. I wanted to watch the shows my friends watched. Listen to the music they listened to. And wear the same kinds of clothes that they wore. But we were “christians”. We didn’t do normal stuff – like eat take out, play sport on the weekends, or go to the movies. We did Christian stuff like evening devotions where we’d sing from hymn books (in Swahili no less!) and read the Bible.

And it wasn’t just enough that I felt like a freak for being Christian…my very obvious ‘Africanism’ was another oddity I had to deal with. I was already self-conscious about my brown skin and frizzy ‘fro, so having to greet my father in our traditional manner in public just added to my overall weirdness as far as I was concerned.

In my father’s culture a girl kneels to greet her elders. There is a greeting for the morning and afternoon. The first thing I had to do upon seeing my father in the morning was kneel and greet him. And again at the first meeting of the afternoon, which was usually after school. Now if the greeting took place in our home, that wasn’t a problem, but sometimes my first afternoon meeting with my father would happen in public if he happened to be coming to my school for any particular reason. And yes, even there I had to (or suffer the consequences for my disrespect if I didn’t) kneel on the ground and greet him. The greeting wasn’t a subtle quick bob and handshake…it was a lengthy process where I had to fully knee on the ground, hold his hand and engage in quite a detailed back and forth interaction.

The times I had to do it in front of my friends were extremely awkward (for both myself and my friends). Oh how I longed to be able to just say “hi dad”,  and hop in the car as they could do with their fathers. But no…that was not how a Sukuma girl was to greet to her father.

It may seem like these anecdotes are trivial. And in truth, they are. They pale in significance to the kinds of problems so many other children encounter in life (first world problems really!!). But to me, during that season of my life, they were significant.

During that chapter (8-14years) there was a noticeable shift in my family. I didn’t know or understand at the time some of the personal stresses my parents were facing (work, finances, marriage, health etc), and that those were contributing factors to how they both related to, and parented us.

My mother had never been an overtly warm woman (she was a very practical, no-nonsense kind of person), but my father had, and I had been quite close to him in my younger years. Around the age of 12 however I started to notice a pulling away in that closeness…and by my 13th year it was obvious (to me) that I no longer held place of pride in his life. I could not please him in anything I did. And felt like I was constantly walking on eggshells around him.

Sadly some of the biggest fissures during that season also came through the Church. One Church to be specific, which I’ll call “Church O”. I’ll share some more about my experiences at Church O in another post…but in short, that Church contributed greatly to my feelings of confusion about myself, about God and about life in general. There were things said and done that damaged me both spiritually and emotionally.

As the cracks in my heart began to widen…a coldness seeped in. Soon all I felt was numb. I was 14, and I wanted to end my life.